Cauldron Snout is a waterfall, or perhaps a cascade would be a better description, on the upper reaches of the River Tees, within the North Pennines Area of Outstanding Natural Beauty. To access it, you park at Cow Green Reservoir and walk about a mile, past the reservoir damn wall and downstream. Of course, extreme caution is required as you won’t stand any chance if you fall in the water.

Cauldron Snout is much less well known than High Force, a very large waterfall a few miles further down the River Tees. But it has some advantages for photography:

a) High Force consists mostly of a single high and vertical drop, and there are only a small number of points from which to photograph it. One of these access points involves paying a fee to the landowner, the other involves a longer walk. Once you’ve photographed from these points, that’s pretty much it unless you’re lucky enough to catch the falls in extreme weather conditions such as snow and ice.

b) By contrast, Cauldron Snout is a whole series of cascades extending over a period of  a few hundred metres, which provide a wider range of viewpoints and angles for the photographer. Despite being on the Pennine Way long distance footpath, it’s also a much quieter place than High Force.

The stepped dolerite rocks at Cauldron Snout are part of a formation called the “Whin Sill” which also breaks the surface around Hadrians Wall and reaches the coast at Dunstanburgh Castle. They make a great component of images in all these spots.

So here’s a few shots to give you a taste of the photographic potential of Cauldron Snout. The mono images were shot on a Mamiya RZ67 medium format film camera with Kodak TMax 100 film, and the colour images on a Fuji slide film – Velvia or Sensia. 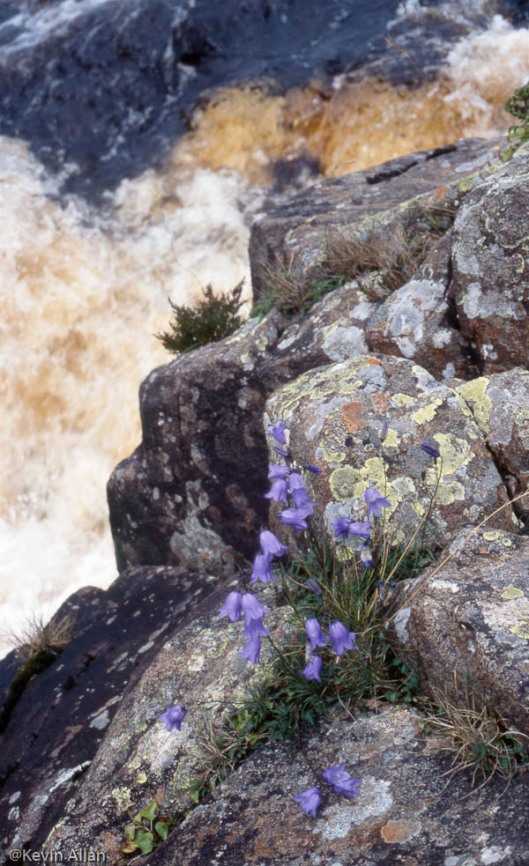 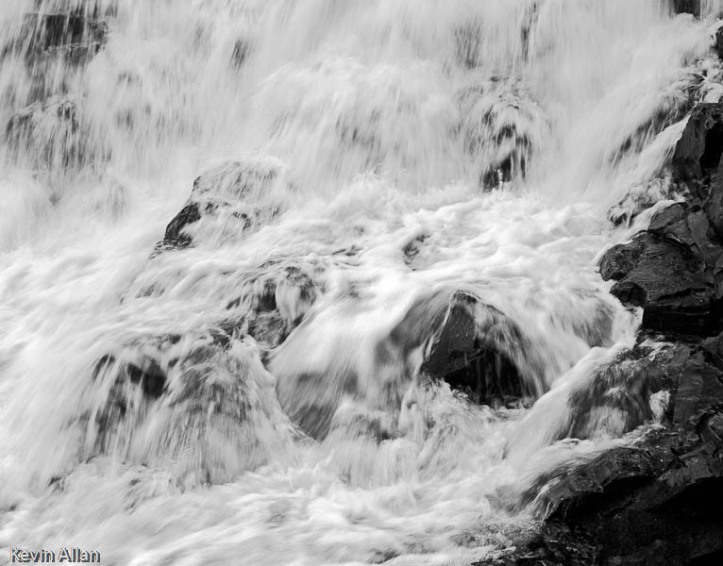